This song’s called Mama got tipped over.

Embroidered  I made this video poem with my wife.  We cool like that. 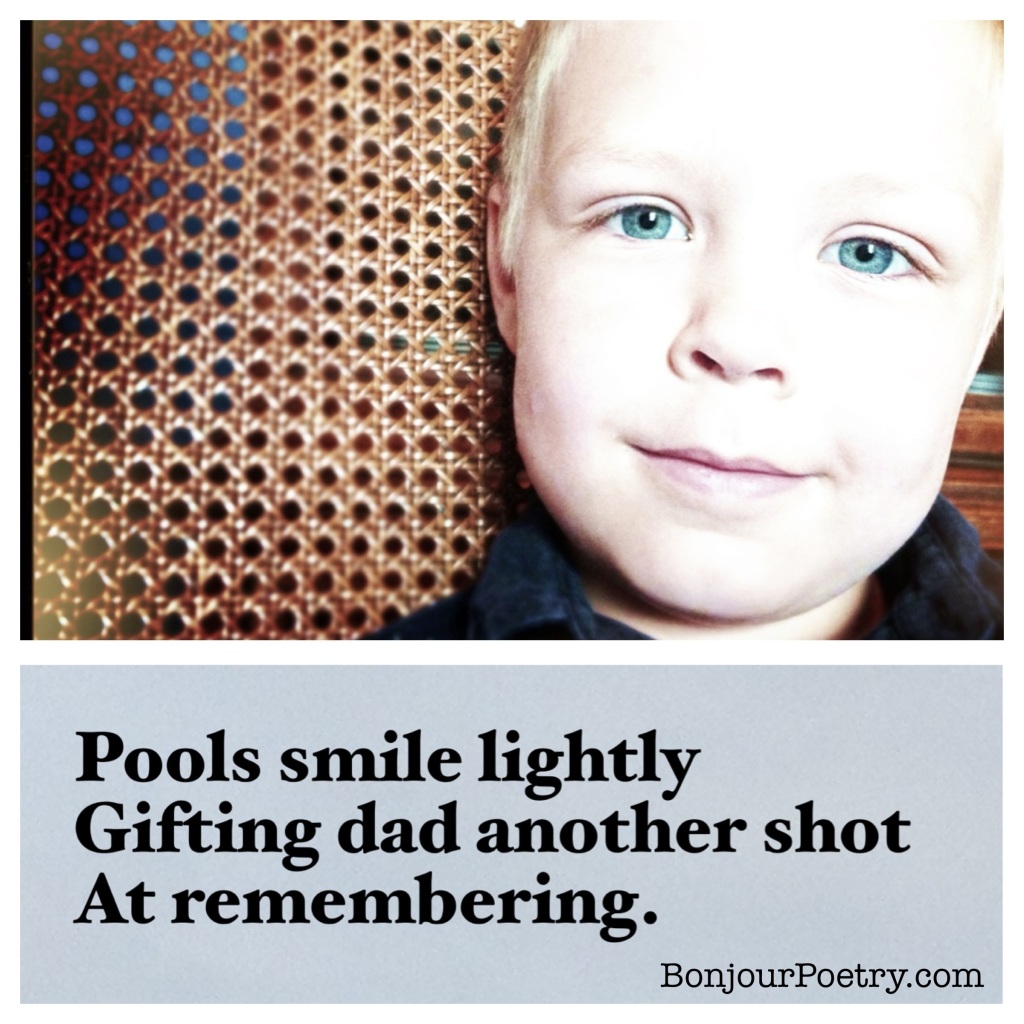 When does a poem become a poem?

I have poems that I started ten or twelve years ago that I’m still working on.  Well, actually, I should say that I have one poem from that time in my life that has remained definitively unfinished, and a spattering of non-consequential unfinished poems.  With regard to the one though, I don’t think I’ve taken a stab at finishing it since I’ve been married.  Now, four kids later, my writing style has changed and I don’t know if I’ll ever finish it.

Does it matter if I finish it?   No.  Robert Frost comes to mind and just as way leads on to way, poem leads on to poem and I can’t see as I’ll ever make it back to that one.  So what is it?  What is this thing that’s hanging out in my journal from ten years ago?   It’s not a poem, but I refer to it as a poem that’s not finished.  Maybe it’s a pre-poem, or a potential poem.  Or maybe just an unfinished poem.

Now, what about a poem that I start right this instant, it takes me an hour to write and then it’s finished.  At what point in the duration of the hour does it become a poem? What’s the moment that it transforms from poetic lines to an actual poem.

If two weeks from now, I decide to edit the poem I write tonight.  The poem is at one point fixed as a poem, and then changes are thrust upon it.  The fact that I change it two weeks from now doesn’t make it less of a poem now.

“Writing a poem,” I answer.  Which might not be true if the lines of verse that I’m scribbling never become a finished poem.  Is a finished poem different than an unfinished poem?  Something poetic isn’t necessarily a poem.

Recently I was interviewed about being an Internet Meme Artist.  Here’s the result of that interview.  Please watch and share with your friends so you can help me keep the meme alive.

I love your lines.
your letterical spines

I love nature
But those damn birds
Keep chirping
Burping hamr outside my window
The charm of letting me know
That it’s morning.
Not quite yet, its still 5 30
But soon the sun will rise.
And the demise of my sleep
Will continue with their peep peep peep.
Good morning birds.
Thanks for the warning birds.

Carpet on my bare feet
Soft enough that dry toes meet
Little resistance, and almost no snags
As my foot drags lines
And carpet designs
For subconscious entertainment
Gliding arrangement
In the side show
Of our conversation.
Un-breaking your focus and making mine
In line preservation.

I will post every day for the next month… and some will suck.  Some posts with any luck will be forgotten
replaced with graced accounts of humor in verse
some will be remembered in the curse
of what-was-that-guy-thinking
when stumbling across pages and finding success followed by failure.

When I’m out, it’s random things that make me write poems and take photos.  After dinner one night, my wife and I passed this brick wall.  and I loved it… the way the light was hitting it.  I had to get out and take photos… my wife stayed in the car.  I treasure moments when I’m able to stop what I’m doing and capture that in a photo.

As if the mortar were a sorter of bricks, shadow, and light
I went to retrieve the camera from my car.
My wife, cold from the night, smiled at the sight
Through the window of her husband, in the dark.

Finding photos of texture and angles in the wall
I watched the grit that seeped out alive.
Suspended through time in it’s failing to fall
Trapped when it tried to survive.